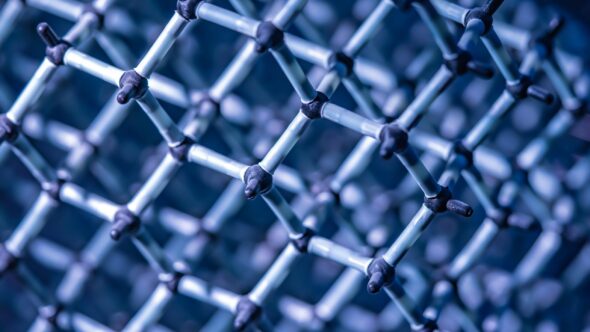 The construction of Nord Stream 2 is to be resumed this week after it was postponed due to a storm. However, the brewing political storm makes it impossible to acknowledge the project as a done deal, despite the rumors about talks between the U.S. and Germany. And Poland has now found itself in its eye. This is an opportunity to test our ability to achieve our foreign policy goals and potential to play with the big boys in the major league of international politics – writes Wojciech Jakóbik, editor in chief at BiznesAlert.pl.

Deal between America and Germany hangs in the balance

BiznesAlert.pl has reported that Germany’s Handelsblatt website found out that the German federal government was looking for a “package solution” that could help avert U.S. sanctions and assuage Washington’s concerns. According to the article, Berlin would like to propose a mechanism that would shut down Nord Stream 2 in case deliveries via Ukraine dropped. The idea is that this would make it impossible for Moscow to blackmail Kyiv.

Handelsblatt claims that Americans are open to talks, but Germans are reluctant to make this solution automatic. They are reportedly concerned that a dispute over gas deliveries could be provoked not by Moscow, but by Kiev. However, they may be open to making a political declaration that they would stop deliveries via Nord Stream 2 if the Kremlin used gas as a weapon against its neighbors. At the same time, Handelsblatt has warned that if the disputed gas pipeline receives permission to operate, it cannot be withdrawn, because it would put the investment at risk of claims for damages if deliveries were stopped. Moreover, Germany has reportedly voiced its objection to renegotiating the transit contract between Gazprom and Naftogaz, which stipulates the minimum amount of gas that Russia must transfer via Ukraine until the end of 2024.

The article also says that direct talks between Germany and the U.S. on Nord Stream 2 are not taking place now, due to the transition period after Joe Biden’s win. Only once all the nominations that are important to the relations between the two countries are completed, will it be possible to continue the talks on the topic. Handelsblatt has also learned that Americans are discussing what policy they want to pursue towards Nord Stream 2. Germany’s Greens argue that Berlin should abandon its plan to complete the contentious gas pipeline in exchange for purchasing LNG from the U.S., a scheme revealed by the Deutsche Umwelthilfe foundation.

The deal is shaky and the sluggishness of Joe Biden’s administration is visible, which my be characteristic of any transition period. Either way, U.S. senators demand that the announced black list of entities to be encompassed by American sanctions, be finally revealed. At this point the introduction of those restrictions is mandatory on the basis of the 2021 NDAA defense bill, but the formula depends on the State Department and that’s where the space for negotiations with Germany lies.

Poland to test its diplomatic prowess

The offer made by Germany is an opportunity to test whether Polish diplomacy, which so far has been successfully engaging in the dispute over NS2, has enough ability to achieve Warsaw’s interests by calling on Washington to impose the sanctions, expecting Berlin to change its position and consolidating the opposition to the project among Central and Eastern European states. Warsaw was successful at bringing Washington’s attention to our part of the world through military and energy agreements during Donald Trump’s transactional foreign policy era, but now it needs to find a new formula to engage with Joe Biden’s multilateral approach.

I have previously written that it is uncertain whether Americans would give up on the sanctions in exchange for vague promises made by Germany. It is worth going back again to the reveal made by the environmentalists from Deutsche Umwelthilfe who uncovered that already during Donald Trump’s presidency Germany proposed a deal on Nord Stream 2. They wanted to guarantee that if Washington agreed on Nord Stream 2, they would invest a billion euros in LNG that could be bought in the States. Back in 2019 this proposal could have already been a bluff, but today it has become even less likely considering the phasing-out of fossil fuels and the opposition from the Green Party (a future coalition party?) against those fuels, including the “dirty shale gas from the U.S.”. Germany has a plan for a long-term natural gas and later hydrogen symbiosis with Russia and Nord Stream 2. The minimum response to this scheme is to continue diversification in Poland and the EU, but a maximum response would be to convince Berlin not to enter such a dependency.

The offer made by Germany and disclosed by Deutsche Umwelthilfe, actually includes a topic that is very specific and interesting from Poland’s point of view. Berlin ensured about its support for diversification projects and even enumerated the Baltic Pipe, which received EU support despite the mounting criticism of gas as a fossil fuel in Germany and the entire EU. It is difficult to verify to what degree Germany caved in during the talks on Polish projects. However, it is worth admitting that an agreement between operators about the crossing of Baltic Pipe and Nord Stream 2 (completely owned by Gazprom) was reached, and that so far Germany has not undermined the investment either.

So what could be traded in exchange for Nord Stream 2? In 2015 I wrote that Poles should at least fight for support for their diversification projects, if the Russia-Germany gas pipeline was to be indeed completed. However, the discussion on this issue should not involve Berlin and Washington only, it should be multilateral, which has been already suggested by Sławomir Dębski, the Director of the Polish Institute of International Relations. Therefore, Poland should first do its best to be invited to the table. Second, Warsaw should seek support for its energy transition plan as specified in the Polish Energy Policy by 2040, which includes the construction of new gas and nuclear power plants, and development of renwables to phase out coal. Poles could trade Germany’s consent for an energy transition that is unique to Poland. So far, we have been successful at defending our approach to this issue, which is symbolized by the conditional consent to use the EU Recovery Package to fund gas investments. This success could be extended to the hydrogen sector, which, in the opinion of Poles should be technologically neutral, whereas according to Germans, green H2 from RES should have the priority.

Poland’s offer needs to be constructive

The international criticism of the Nord Stream 2 project makes it impossible to say it is a done deal. The U.S. sanctions have to be implemented in a new form, and it has not been confirmed that America is ready to accept Germany’s proposition. However, if talks on this issue do take place, Poland should bring to the table a constructive proposition. The efforts of the Polish diplomacy are often made easier by the sometimes awkward way in which Nord Stream 2 is justified. A good example is the recent defence of the project by Germany’s president Frank-Walter Steinmeier, which was interpreted as a form of reparations for the Russian Federation as the descendant of the Soviet Union. Articles about such blunders do not contribute anything of value to the dispute over Nord Stream 2.

Such gaffes should not be used to link this project with topics that unite Germans in their argument with Poland, such as the mentioned reparations for World War II. Instead we should use the rift in Germany to focus on specific activities that will benefit the Polish energy policy, but not only. We should also not give up on deliberate policy on this issue to counter the narrative that Poland sentenced itself to Nord Stream 2, because it did not want to implement this project in cooperation with Russia. Poles have their own plans for their energy sector, which are symbolized by the LNG terminal and the Baltic Pipe, which are gradually implemented in spite of the criticism from Russia, which is regurgitated by some Polish media outlets.

Nord Stream 2 goes against the Polish interests and in an ideal world it should not be completed. However, if for some reason it won’t be possible to stop it, Poland may test its diplomatic abilities by bargaining with such players as the U.S. and Germany for political and economic benefits, provided that it will be done professionally and according to a clear action plan.